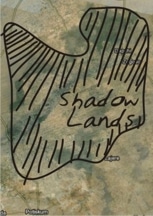 The Yabi region of Northern Nigeria is under the tacit control of Ugatu’s Night Priests after a long and bloody conflict liberated the area from Miwani’s Nunda troops.

The Night Priests are much feared for their ability to “Bring the dead to life as willing slaves”. Anthropologists have discredited this myth in the past as being an import from the Caribbean religions concept of a ‘Zombie’, possibly brought about using a concoction of mind-altering drugs – something for which the Night Priest cult is famous for.