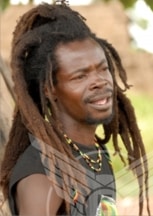 The single name of the second most feared warlord in Africa right now, although as far as it is possible, Ugatu appears to have been given an anti-hero persona by the general population. Ugatu is said to have started as a lieutenant of Pierre Miwani when they were still working over small villages. When they grew a little older, the story goes that Ugatu “met the blood in his heart” and revelled in the power that came with killing, and thereby grew to be respected in the cut-throat world of African gang warfare.

Ugatu is documented as saying that Miwani lacks the true spirit of a warrior, and has recently announced that he intends “to return Africa to her natural place in the world, and her people to their natural place as proud people”.

It’s unclear exactly what Ugatu means by this, and he has since disappeared from the public eye. Rumours persist that he has retreated to ‘sacred locations’ to train his warriors for what he’s reputedly calling “the coming battle”.