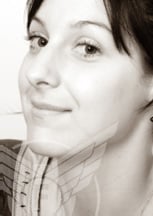 Ms Rael appeared on the F.B.I. Most Wanted list in 2003 and has been there ever since. No details of her official record have been found. She has become the focus of an internet campaign dubbed “Antarticagate” after a woman claiming to be Stephanie (supplying some personal information as evidence information that was impossible to verify since all her records have gone missing) appeared on a forum claiming that the U.S. Government in conjunction with the U.K. and other European governments have been illegally establishing what she calls “Experimental Military Testing” sites in Antarctic territories. Since these areas are protected under international law, there should be nothing there but benign scientific research stations.

Investigations continue, though conspiracy theorists are already pointing to Stephanie as the key to exposing corruption at the very top of the major Western governments.