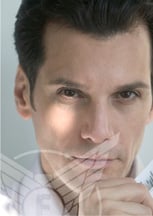 Hanley goes by many names, although his most recent known codename is White Fox (a possible reference to ‘Black Fox’, the suspected Usrekistahnian double agent), under which he has been infiltrating deep into the Stane Organisation in an attempt to uncover the truth behind the myth. It is unknown whether these are his orders or if he is acting alone, although he apparently still does report to someone.

It’s unknown which agency, or even which country, Hanley works for. Most who care to think about it suspect either MI5 or some branch of the U.S. Government. It is known that his name appeared on a list of “Assets” referenced in a Wikileaks document appearing in May of 2010 that supposedly originated from the U.S. State department, though this has been rebutted as a forgery intended to damage a prominent U.S. Senator.