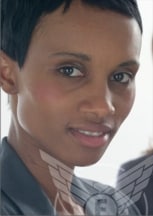 Co-Founder of the Lyall-Carthum Conglomerate along with Charles Lyall. In contrast to her rather reclusive partner, Sandra is well known in certain charitable circles. She donates heavily to several medical research foundations and has established branches of her self-funded Carthum Orphanage in many parts of the world.

Although originally from Africa, she spends most of her time in North America, visiting England during the winter. Her biography claims that she “loves English winters for their quaint appeal and soothing climate”. When she does return to her home country, she divides her time between leisure activities and overseeing the local head office of the Carthum Orphanage.

Despite her high public profile little is known of her history, although popular speculation is that she is herself an orphan, hence her interest in that particular cause.