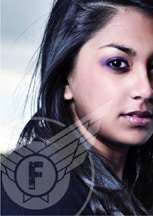 Jefferson’s mother served during the Gulf War and later in Iraq. She has been the inspiration for the highly opinionated Matilda to always push for what she believes in, and never accept “no” as an answer. After leaving university, Jefferson became involved in forming and ultimately leading a group who spent six months campaigning for greater British military involvement in the Middle East conflict. She and her group believe that Western governments are not doing enough to protect their citizens in the wake of recent terrorist actions, and more military involvement is the only solution.

Jefferson has been arrested twice in the last year, once for assaulting a police officer during a political rally in Downing Street, and once for illegal possession of a firearm. Both times her bail was posted by an anonymous source, and in the latter incident her case was settled out of court via unknown means. Recently Matilda has been seen in the company of the far right group “Children of the Millennium”, who are known for their hardline stance on what they call “the failure of the war on terror”.