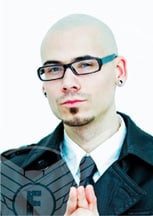 Over the past two years an increasing number of tiny incidents have all borne the name Kigani Stane. At first it was some simple internet vandalism, put down to a small group of “teenage hackers”. Then in 2010 $32million was stolen from the U.S. Military, apparently by an “accounting error”. Later the intelligence agencies of the world became aware that unmarked and previously unaccounted for Gold ingots were appearing on the market, being exchanced for currency across the world.

One name linked all these events – Kigani Stane. Now the image of Kigani Stane has appeared on T-shirts in stores all over the world. No-one entirely knows how they got there or why anyone would want them, but it seems that the name Kigani Stane is spreading fast, he even has a website, although the garbled pseudo-anarchic message is confusing to say the least.