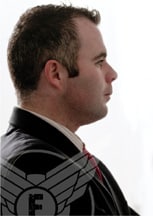 If ever it was possible to craft a ‘company man’ from birth, it was done so in John Staunton. He is the son of executives, raised in a corporate environment and has known little else. He has been cited for business excellence and has risen far in the Protekorp ranks. He presently holds the role of Vice President of the American office at the age of thirty-four, and appears to have no desire to stop there.

Recently he has been obliquely linked to the scandal certain internet groups are calling “Antarcticagate” and also, in a strange twist via a Wikileaks document from a Ukranian-U.S. joint intelligence operation, to Kristen Ivanov and her group of religious radicals. Protekorp, Ivanov, Staunton, the Ukranians and the U.S. all claim this ‘leak’ is a fakery intended to damage credibility – though it’s unclear whose credibility it is designed to damage.