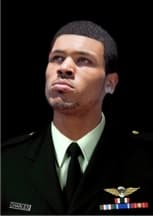 After his heroic action in the field and subsequent enrolment and training in special operations Charles has been promoted to Commander and given command of the newly formed Rapid Action Incident Deployment teams known as R.A.I.D.

Because of the nature of R.A.I.D. Work, Charles has severed all ties to his former friends and family, he has literally dropped off the grid and operates in the shadows. The R.A.I.D units have already achieved an almost legendary status under Charles’ command, despite officially not existing and having never officially been used in action.