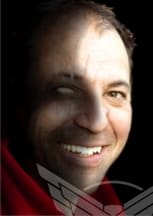 Monbasson vanished from the attention of the masses after his arrest and short jail term until 1992 when his name appeared briefly in connection with psychotropic hallucinogens that were being manufactured for use in the British rave scene. He was never caught by the British police.

In 2010 Cedric Monbasson became the head of The Order of the Fallen Prophet, based in Los Angeles. He was immediately investigated by the F.B.I in connection with previous crimes but their official report cited mistaken identity – this man shared neither fingerprints nor blood type with the Cedric Monbasson from 1967, and he was several years younger than he should have been.