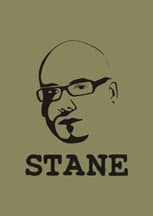 Recently the influence of Kigani Stane has been growing amongst certain communities in the West. Stane’s image has appeared on posters and T-shirts in many towns and cities without anyone being entirely sure how they got there. It has proven impossible to trace the manufacturer(s) of these products and no trace of them seem to exist.

The F.B.I. have instigated “Kigani Watch” – a systematic logging of every reference to Kigani Stane anywhere In the last 4 weeks, the programme has registered over one and a half million hits from both online and offline sources.

MI6 have released information to the U.K. government recommending a ban on the importation of ‘Kigani Merchandise’ stating that “we have reason to suspect a hitherto unknown and unforeseen potential terrorist attack of monumental proportions”.

Other than apparently investing heavily in his own merchandise, it’s been impossible to locate any trace of the actual Kigani Stane and there have been no recent acts of vandalism or theft that marked the Stane Organistaion’s original appearance onto the world’s stage.