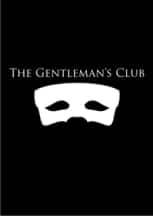 It’s said that upsetting one member of the Gentleman’s Club is upsetting them all, usually with terminal results.

Although originally of Italian origins, the Club has spread across the globe since its inception some time around the 1900s. Since then the Club’s membership has grown as the group absorbed other so called “crime families”, creating as it did so the ‘Twelve Families’, which to this day continue to govern the interests of the Club all over the civilised world.

The head of each of the Twelve Families is the lieutenant of the Father himself, an honorific title indicating that the Father no-longer belongs to any one Family, but oversees them all. In 1968 the new Father rose from the bloody inter-family war that comes after the death of the previous Father – Anton Kriel was the most brutal, bloodthirsty and possibly deranged Head the Club has ever had. His reign lasted until 1979 when he was arrested for the murder of nineteen women whilst under the influence of a cocktail of drugs, an event he claimed to have no memory of whatsoever.

He died in prison in 1983, apparently of ‘organ failure’, although murder was never conclusively ruled out. Since Anton Kriel’s imprisonment left the Club without a Head, but he wasn’t technically dead, his wife Aloya Kriel acted as a kind of regent in his place. Under her supervision the Club regained much of what Anton had lost due to poor leadership.

Upon Anton’s death the Club refused to call for a new Father to rise from the ranks. Officially the Twelve Families now share power equally – an arrangement that on paper is so unstable that it should have resulted in all out street warfare – unofficially it’s rumoured that Aloya Kriel has taken the title of Mother and runs the Club, taking it heights that it has never known before.