The Children of the Millennium

The Children of the Millennium 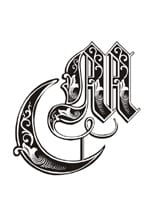 This relatively new movement sprang from several groups of students in universities across America who had lost family in various armed conflicts, most recently in the Middle East. At its inception, the group was a support structure – offering a place where people who have undergone similar loss could come together and talk to people who understand.

From this beginning, a movement began which called for the increase in troops heading into war zones – with the idea that more troops meant better chances of success, shorter conflicts and less wasted lives.

At this point many of the original members of the Children of the Millennium left the group, claiming it was no longer offering support, but had instead become a political action group. To bolster the falling numbers the groups organisers decided to expand membership to anyone that believed in the core philosophy: More Troops, Less Wasted Lives.

By 2009, the group had grown so large that a demonstration in London outside Downing Street saw police riot squads being forced to use heavy measures to calm the situation. Several of the group leaders were arrested.

2011 has seen membership spike with a series on online viral videos of apparently knowledgeable people explaining how “With five more solders on the ground, this death need not have happened”, using compelling reconstructions demonstrating that – on paper – sending more troops in would indeed have prevented many of the deaths incurred by allied troops over the past few years.