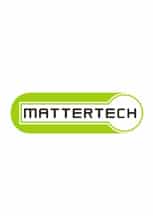 Mattertech has recently been experiencing a boom-era of its own after being awarded lucrative military contracts to produce a new weapons system based on a proprietary technology developed in Mattertech’s Cambridge based engineering workshops. USMTR (Ultrasound Sonic Matter Transfer Resonance) is being hailed as: “The new generation of deterrent weapons – clean, safe and efficient”.

Delaney Rosen (Mattertech CEO) has been seen in meetings with other prominent figures in the wider industrial fields. It would appear that Mattertech’s fortunes are definitely on the rise.