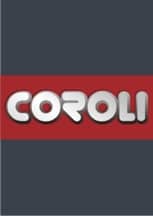 The Coroli Corp were originally best known for producing racing engines, until in 2009 they developed the first ever fully petrochemical-free concept car. Their revolutionary new engine was set to replace the combustion engine by no later than 2011.

Unfortunately Coroli development of the engine ran into huge cost overruns and delays, several law suits by assorted competitors and problems with the patents have all conspired to delay the development of the revolutionary engine. At present it’s still little more than a prototype and Coroli are looking for new investors who are willing to risk the firestorm surrounding the engine.